As my last creative project as the fourth Poet Laureate of The City of Redmond, I composed a poem reflecting on the city’s efforts to extend its tree canopy. I wrote a piece that explored the history of the city’s clear-cutting of its forests to understand its environmental stewardship in a contemporary context. I worked with artist Michael Barakat to animate the piece. We projected it on the back side of City Hall at the 2017 Redmond Lights festival with the help of Scott Keva James. The piece was covered in the International Examiner. More on my work as the City’s Poet Laureate can be found in this piece published by The Stranger. 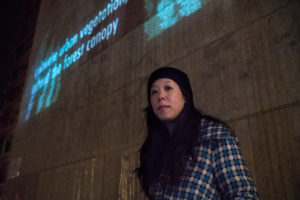 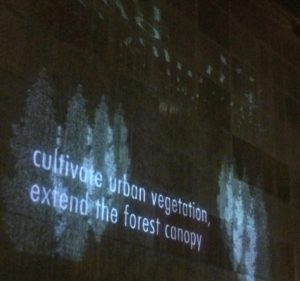 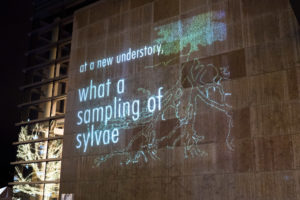 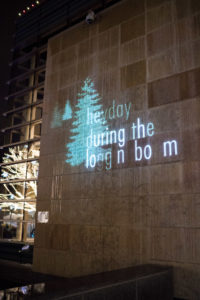